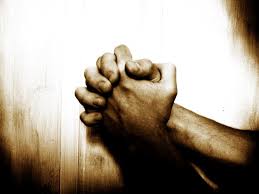 Becoming a Missionary Yourself

Missionaries are often forgotten in prayer because, …well, “out of sight, out of mind.”  Since they are not heard of, or thought of often enough, they lack being prayed for.  But this in not the case for every Christian.  There are many Christians who pray for missionaries, but they don’t know exactly how to pray.  They find their prayers to be general and “all encompassing” rather than specific.  The more specific our prayers are, the closer we are to the missionary and the more God can talk to us about specifics.

To understand prayer, a person must remove from their head the idea that prayer is just making requests of God and He, like a good little Genie, waits at our beckon and command to give us our wishes.  There are no thoughts that we can have that God has not already known about.  God puts into our minds the things He wants to talk about, and He does it for our own edification.  So, the lack of specifics we have to pray about is a reflection on our lack of ability to talk to God about the subject He desires.  In other words, we are not yet ready to bear such a conversation, or learn such lessons that He would like to impart to us.

God is interested in missions.  Missions is a direct progression of obedience of His command to “…go into all the world…”.  God is interested in people getting saved, the gospel being preached and saints being developed.  Herein lies the key for how to pray for missionaries once again.  It is in the winning of souls, the preaching of the gospel and the development of saints.  Why?  Because this is what God is interested in talking about.  When you pray to Him asking for the accomplishment of these things, He gets interested.  Yes, missionaries have other needs.  Yes, they have other problems.  God is keenly aware of them, just as He is with unique problems you are faced with as well.  But winning souls and going into all the world are in a different classification altogether.  These are the subjects that makes Him want to say, “YEAH!  I like that!”

The more we talk to God about giving help to a missionary to win souls, the more it affects us regarding this subject as well.  So you have three different approaches to praying for God to help a missionary win souls:

How do  you pray for a missionary?  You pray often for souls to be saved; so often that you get involved in winning souls to the Lord yourself.